Setting the record straight on the lies the media printed against George Michael’s partner, Fadi Fawaz, since the singer died on December 25, 2016.

George Michael, 53, died on December 25, 2016, and left behind his partner Fadi Fawaz. The couple generally kept their relationship low-key and private. Little did anyone know that George’s partner will be thrown at the center of the maelstrom that followed his death.

Fadi, 40, immigrated with his family from Lebanon to Australia in his early teens, and later moved to London where he met the singer. Fadi’s relationship with George officially started in September 2011, as Fadi himself tweeted:

But the couple has known each other for a number of years. George tweeted in November 2011 that his “new man” was the same man that he was photographed with at the London restaurant Nobu back in 2008:

Fadi was forced into the limelight after tweeting that he found the singer’s body on Christmas.

Since then, the world turned against him. He was called a “leech” and his every move scrutinized and unfairly reported. His tweets became the next day’s headlines. He was put under suspicion for failing to save the singer, even by the singer’s fans. His 999 call was leaked and he was vilified for sounding so calm. He just lost his partner, and he was crucified for it. As Fadi himself said in a statement, “I became a monster overnight, with lots of made up stories.”

Fadi found himself struggling under the intense scrutiny of the spotlight. The tabloids that were unrelenting in their pursuit of George now had a new target in his grieving partner. The tabloids blasted speculative stories, half-truths and total lies at the expense of Fadi.

Read the truth on some of the lies that the tabloids have printed about Fadi Fawaz: 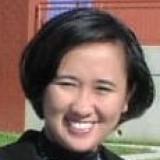 Isabel Isidro is a writer based in the Washington D.C. area. She mostly writes about business and entrepreneurship, but loves to occasionally indulge in celebrity gossip.

Enter your email address to stay up to date on the latest news.